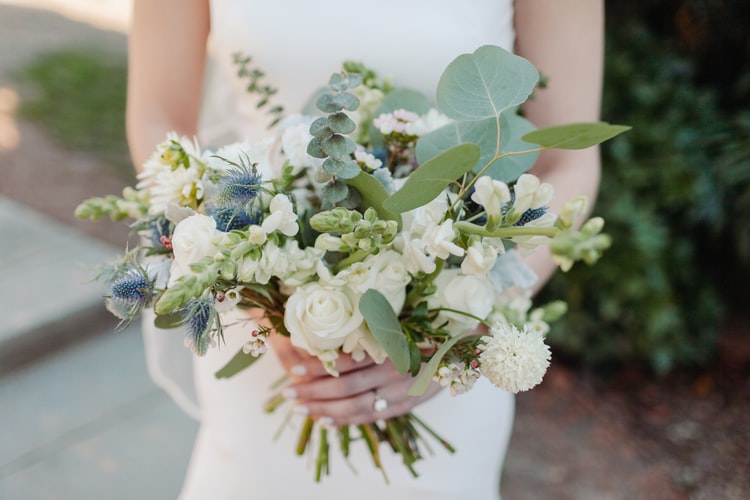 The bouquet toss is one of the most widespread wedding traditions that emerged hundreds of years ago and is still very popular. A bride tosses a bouquet over her shoulders into a group of single women and the lady who catches the bouquet is believed to be next to walk down the aisle.

However, the bridal bouquet toss tradition has very interesting roots. We will be happy to share the history of this ritual with you as well as some other curious facts about it.

Origin of the Bouquet Toss Ritual

Actually, the roots of this custom are rather weird. Many centuries ago, in England, people believed that it was a good luck to keep a piece of the bridal attire. That’s why, they chased the bride to get something from her outfit and often tore the wedding dress apart. In order to distract the guests and avoid ruining the wedding gown, brides started throwing the bouquet. When is the bouquet toss during a wedding reception?

In truth, there are no strict rules. However, it’s considered that the best time for bouquet toss is the second half of the reception after guests have already spent time dancing. You can also see a bride throwing bouquet after the cake has been cut.

Who participates in the bouquet toss?

According to tradition, all unmarried women can participate in the wedding bouquet toss. However, if someone doesn’t want to participate, don’t force them. Moreover, if a married woman wants to take part for fun, it’s also normal.

What are some cool wedding bouquet toss songs?

Very often, a bride throws a bouquet while a beautiful (or funny!) song is sounding. Here are some examples of good songs for this tradition:

Just a Girl by No Doubt

All I Wanna Do by Sheryl Crow

Ladies Night by Kool & the Gang

Only Girl (In the World) by Rihanna

Single Ladies (Put a Ring On It) by Beyoncé

Glamorous by Fergie and Ludacris

Girls Just Want to Have Fun by Cyndi Lauper

Hit Me with Your Best Shot by Pat Benatar

Eye of the Tiger by Survivor

Isn’t She Lovely by Stevie Wonder

This One’s for the Girls by Martina McBride

These Boots are Made for Walking by Nancy Sinatra It’s Not Obligatory to Toss Your Bouquet

Many brides want to keep their bouquet and that’s why, it’s pretty widespread to have a second bouquet for the toss ceremony. It’s a great idea as you will have your bouquet as a keepsake while the girl who catches the bouquet will also go home with a bouquet. Such a bouquet is usually called a throw bouquet. It can be made of fresh as well as artificial flowers. By the way, the latter is gaining momentum now.

In case you don’t want to toss your bouquet, there are many bouquet toss alternatives. For instance, you can give flowers to any single lady at your reception and share some inspiring words with them. Or, you can gift a flower from your bouquet to each guest. And one more idea is to throw some tiny keepsakes like mini chocolate bars.